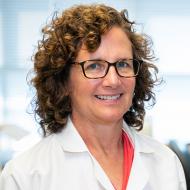 Annually, Best of Cell Press celebrates the highest-impact research published in their journals during the previous year. A paper by Barbara Nikolajczyk, Ph.D., professor of Pharmacology and Nutritional Sciences and associate director for Translational Research in Diabetes at the University of Kentucky, has been included in “Best of Cell Metabolism 2020.” The paper focuses on age-associated inflammation.

Articles for these reprint collections are selected on the basis of full-text article usage as well as citation data. Ultimately the 10 most accessed articles were selected for the collection.

“This tells me there is a lot of interest in healthy aging, age-related inflammation, and diseases that epidemiologically track with age as a major factor,” said Nikolajczyk.

Age is a non-modifiable risk factor for the inflammation that underlies age-associated disease, and so drugs with the appropriate anti-inflammatory action hold promise for increasing the length of time people remain healthy, or healthspan. In the article published in June 2020, Nikolajczyk and her colleagues identified a previously unappreciated inflammatory signature that develops during healthy aging.

“People who are around 60 years old and of a healthy weight with no underlying medical conditions have inflammation with details that look a lot like inflammation that predicts obesity-associated type 2 diabetes in middle-aged people. These data raise the possibility that the metabolic decline, which often occurs with age, may be supported by naturally occurring inflammation,” she explained. The work then showed that drugs targeting age-related inflammation might stave off multiple age-related diseases including type 2 diabetes.

“Healthy aging does not mean that we will universally prevent age-related diseases. Our data suggest that the use of anti-inflammatories that are generally safe and are targeted to the inflammatory profile we have discovered may lower occurrence or severity of many age-related diseases, like type 2 diabetes, but also perhaps cancers and autoimmunity.”

Dr. Philip Kern, with UK HealthCare’s Barnstable Brown Diabetes Center and director of the Center for Clinical and Translational Sciences at UK, co-authored the article and provided clinical expertise. Others at UK who contributed include biologists Kai Jiang and Zhenheng Guo, and analysts Jing Liu, Gregory Hawk and Katherine Thompson. 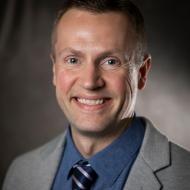 Fry one of 14 named university research professors for 2021-22

Christopher Fry, Professor in the Department of Athletic Training and Clinical Nutrition in the College of Health Sciences was one of 14 faculty to be named a University Research Professor for 2021-2022. These awards recognize excellence in research and creative work that addresses scientific, social, cultural, economic and health challenges in our region and around the world.

Dr. Fry is an associate professor in the College of Health Sciences’ Department of Athletic Training and Clinical Nutrition, and he sits on the executive committee for the Center for Muscle Biology. Dr. Fry completed a B.S. in Biology at Baylor University (2006), Ph.D. in biomedical sciences at the University of Texas Medical Branch (UTMB, 2011) and postdoctoral training in muscle physiology at the University of Kentucky (2014).

He established his research laboratory at UTMB in 2014 where his work focused on aging muscle adaptation, recovery from burn injury and enhancing quadriceps recovery following ACL reconstruction. In 2019, he relocated his laboratory to the Center for Muscle Biology in UK’s College of Health Sciences. His research focuses on elucidating the mechanisms that govern skeletal muscle plasticity to establish interventions to promote functional recovery following injury. Much of his current research involves studying the contribution of different progenitor cells to muscle adaptation with the goal to integrate regenerative rehabilitation that enhance patient outcomes following injury.

Dr. Fry utilizes several experimental models, including transgenic rodents and primary cell culture. He has participated in $16.7 million extramurally sponsored research predominantly from federal funding sources. He is currently the PI for a $2.2 million R01 from the NIH National Institute of Arthritis and Musculoskeletal and Skin Diseases (NIAMS) and Shriners Hospitals for Children. He is the recipient of numerous awards, including the New Investigator Award of the American Physiological Society. He has published 76 peer reviewed manuscripts in high-impact journals such as Nature Medicine and Cell Stem Cell. 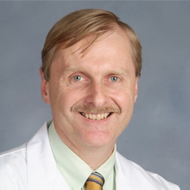 UK RESeARCHer'S WORK was recently highlighted by the National Institute of Diabetes and Digestive and Kidney Diseases (NIDDK) in its 2021 Recent Advances & Emerging Opportunities REPORT.

Research led by University of Kentucky endocrinologist and Center for Clinical & Translational Science director Dr. Philip Kern was recently highlighted by the National Institute of Diabetes and Digestive and Kidney Diseases (NIDDK) in its 2021 Recent Advances & Emerging Opportunities report. The publication conveys important accomplishments resulting from NIDDK-funded research, as well as the enormous promise this research holds for the future.

Kern’s research demonstrated for the first time that a medication called mirabegron, already FDA-approved to treat overactive bladder, improves multiple measures of glucose metabolism in people who are overweight/obese with insulin resistance by inducing beige fat formation in their white adipose fat tissue. The findings uncover a potential new mechanism for treatment of diabetes.

“Mirabegron is a very well-tolerated drug with very few side effects. If it does improve insulin sensitivity and secretion, as this study suggests, it could be used to prevent the onset of or even reverse diabetes,” said Kern. As it turns out, not all fat is the same. Brown fat burns calories (energy) to generate heat, as opposed to white fat, which is more abundant in the body and stores energy. Beige fat cells have similar energy-burning properties to brown fat and can be formed in white fat by cold exposure or through activation of the protein β(beta)3 adrenergic receptor (β3AR). This receptor is present in fat cells and some bladder cells and can be stimulated by mirabegron. Recent studies in mice demonstrated that beige fat cells can improve glucose metabolism, but no study before this demonstrated a link between beige fat and glucose metabolism in humans.

The research team recruited 13 people who were overweight/obese and had either prediabetes or metabolic syndrome and treated them with mirabegron at the maximal approved dose (50 mg/day) for 12 weeks. After taking mirabegron, more than half of the participants who had prediabetes prior to treatment no longer met criteria for that condition. This finding was consistent with overall improvement of glucose tolerance, a marker of how well the body handles blood glucose.

(As a result of a PET scan required by the study, one of the participants was found to have early stage thyroid cancer. She received successful treatment at UK’s Markey Cancer Center. Check out her story here.)

The researchers further examined the participants to measure the function of β cells, which produce the insulin necessary for processing glucose, and how well other tissues respond to insulin (a measure known as insulin sensitivity). The results indicated that an improvement in both measures led to the improved glucose tolerance. Typically, improved glucose tolerance in people with prediabetes or type 2 diabetes is associated with weight loss, but the participants in this study did not experience weight loss.

The researchers then looked at how mirabegron treatment affected certain molecular markers known to be present in beige fat. They saw an increase in several of these markers in white adipose tissue, indicating the formation of beige fat cells in response to the drug. These changes correlated with the improved glucose metabolism.

When the researchers examined effects of the medication on skeletal muscle, Kern was surprised to find that mirabegron induced an increase in type 1 muscle fibers (also called “slow twitch”), which could account for improvements in insulin sensitivity in muscle. Type 1 muscle fibers, which burn fat for energy, are a natural characteristic that’s difficult for a person to change outside of extreme training.

“This was surprising because neither β cells nor skeletal muscle cells have the β3AR protein, so the effects of the drug on muscle fiber must have been indirect, likely from the changes in fat tissue induced by the medication,” Kern said.

In further experiments using muscle cells in laboratory culture dishes, the research team deduced that the effects on muscle fiber type were a result of white adipose tissue “beiging” and sending out a signal to the skeletal muscle cells.

Based on the findings of this study, Kern and team are now conducting a placebo-controlled trial using a higher dosage of mirabegron to determine if an increased dosage solicits greater improvement in glucose metabolism.

“This kind of work requires so many areas of expertise that it’s only possible through team science,” Kern said.

Funding for this research was provided by National Institutes of Health grant R01DK112282. The UK Center for Clinical and Translational Science is funded by NIH grant UL1TR001998. 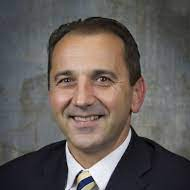 Dr. Florin Despa's presentation on Saturday, June 24 will summarize case-control studies and laboratory data with a focus on diabetes-related amylin dysregulation in the setting of dementia. These studies point to amyloid-forming amylin secreted by the pancreas as a potential missing molecular link between metabolic disorders such as type 2 diabetes and increased risk for brain microvascular and Alzheimer’s pathologies. Specifically, amylin dysregulation contributes to both type 2 diabetes and Alzheimer’s disease.

Approximately 34 million American adults have diabetes and more than 5 million Americans have Alzheimer’s disease; many persons with cognitive decline suffer from diabetes. Associations between antidiabetic medication and dementia are not uniformly in the direction of increased protection, suggesting a limited knowledge on the mechanisms linking type 2 diabetes to the Alzheimer’s clinical syndrome.