Approximately 14,000 Kentuckians die from cancer every year. We want to cut that number in half over the next 10 years. In 2018, the UK Markey Cancer Center earned a five-year renewal of its Cancer Center designation from the National Cancer Institute (NCI), worth a projected $10.8 million. The Markey Cancer Center remains one of only 70 NCI-designated centers in the country and the only one in Kentucky. The previous five-year NCI grant helped Markey recruit dozens of new researchers and clinicians, pilot new research projects, and launch precision medicine initiatives poised to change the standard of cancer care in the state.

College of Agriculture, Food and Environment (2)

College of Arts and Sciences (3)

How to Become a Member 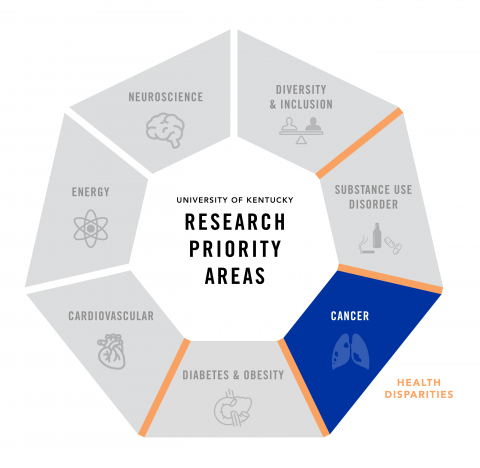 Click below to see recent research from the Cancer Research Priority Area in Scholars@UK.