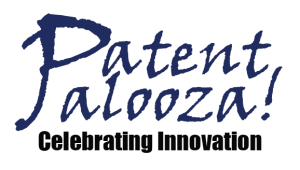 Patent Palooza! is an event hosted by the OTC to celebrate the UK Innovation Community. It recognizes UK innovators and successful commercialization deals of the previous fiscal year.

We recognized and celebrated amazing FY 2019, FY 2020, and FY 2021 UK innovators and their commercialization successes.

The third annual event was held March 26, 2019, at the Gatton Student Center. Recognition was given to innovators for patents, licenses & options, receiving SBIR/STTR grants, graduating UKAccel, and being recognized by the National Academy of Inventors.

The second annual event was held March 27, 2018, at the Hilary J. Boone Center. Recognition was given to inventors on patents, inventors whose patents have been licensed, researchers and startup companies who have received SBIR/STTR grants, UKAccel graduates, and innovators being recognized by the National Academy of Inventors.

The first annual event, held March 28, 2017, recognized 43 inventors for the 30 patents that were issued in fiscal year 2016. Special recognition - an engraved and framed plaque with replica patent - was given to Dr. Chang-Guo Zhan, who reached a milestone of receiving his 20th patent in 2016. He had 5 patents issued last year alone! Each inventor named on an issued patent in FY16 was given a coffee mug with the front cover of their patent printed on it.

Additionally, recipients of SBIR-STTR grants in FY16 were recognized, as well as inventors on patents for which a license agreement was executed.