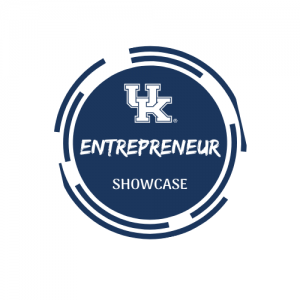 The UK Entrepreneur Showcase provides an opportunity for UK faculty innovators, and Launch Blue Incubator participants and alumni entrepreneurs to showcase their entrepreneurial experiences, technologies, and/or startups, and make connections.

Their research has focused on understanding the roles of vitamin B3 and vitamin B3-derived molecules in human health. Their research in this area was continuously funded by the National Institutes of Health for nearly 40 years and has led to more than 150 published papers and invited book chapters and more than 25 patents.  Loss of genomic integrity is a hallmark of cancer development and the involvement of the bioactive form of vitamin B3, NAD, in the maintenance of genomic integrity has been a major focus of their research. They organized international meetings on this topic in Fort Worth in 1987, New York City in 2001, and Tucson in 2008.

In 1998, the Jacobson’s efforts to translate knowledge of vitamin B3 function toward clinical applications led to the founding of Niadyne, Inc. This led to novel compounds designed for topical delivery of the niacin form of vitamin B3, resulting in commercial skincare products currently marketed worldwide. This technology development was supported by the National Cancer Institute (NCI) Rapid Access to Prevention Intervention Development (RAPID) program and the NCI Small Business Innovative Research (SBIR) Program, becoming one of the most commercially successful grants ever awarded by the NCI SBIR program.

In 2005, Myron and Elaine Jacobson received the Roger J. Williams Award in Preventive Nutrition, an international award for the discovery of new roles of nutrition in human health. In 2011, StriVectin skin damage repair products based on technology developed by the Jacobsons received the Skin Sense Award from the Skin Cancer Foundation, and they received the Innovation in Dermatology Award from the Cosmetic Surgery Forum. In 2015, Mike received a lifetime research achievement award from the American Pharmaceutical Association.

Dr. Luke Bradley completed his undergraduate studies at Ohio University and received his Ph.D. in biochemistry from Ohio State University. He was a Council of Science and Technology Postdoctoral Fellow at Princeton University, where he received training in peptide and protein chemistry. Dr. Bradley is currently a Chellgren Endowed Professor in the Department of Neuroscience and is also affiliated with the University of Kentucky’s Brain Restoration Center, at the University of Kentucky College of Medicine. Dr. Bradley co-founded Avast Therapeutics to develop identified lead candidate biomolecules for the treatment of neurological disorders.

Gilson Capilouto Ph.D. is Professor Emerita in the College of Health Sciences at the University of Kentucky and co-founder and Chief Clinical Officer for NFANT Labs, LLC. Atlanta, GA. She has more than 40 years of clinical experience in the assessment and treatment of pediatric feeding and swallowing disorders and has focused her clinical research on neonatal feeding for the past eighteen years. Dr. Capilouto is co-inventor of an FDA cleared medical device designed to generate objective metrics related to infant sucking performance- a biomarker for neonatal brain injury and growth prediction. NFANT products are being implemented as a standard of care in children’s hospitals across the United States. nfant Feeding Solution, the company’s premier product, is also being used in research activities in the US, Japan, China and Australia. nfant Feeding Solution has received numerous awards including 2018 finalist for SXSW Impact Pediatric Health Pitch Competition, Austin, TX, 2017 Breakthrough Technology of the Year from the Technology Association of Georgia, and 2015 recipient of the Georgia Bio Innovation Award.

James is a Kentucky native and has been in the local tech scene since 2010. A product developer/designer by trade, James has spent time in product development, design, management, and marketing roles. James brings a user-first approach to Synaptek as Chief of Product; leading the charge in delivering tools to clinicians and athletes that cut to the core of their day-to-day pain points.

Janelle Molloy, Ph.D., FAAPM, is founder and owner of Wild Dog Physics. Established in 2017, Wild Dog Physics has created an innovative approach to cancer care through a new generation of radiation therapy quality assurance technologies.  These innovations will yield transformative improvements in efficiency and access to cancer treatments. Dr. Molloy has been a medical physicist for over 30 years, having achieved the major milestones in academia including tenure as a full professor, directorship over a highly regarded graduate educational program, directorship over a busy, modern clinic, and successfully petitioning for peer-reviewed, extramural funding.  Dr. Molloy was director of Medical Physics in UK’s Department of Radiation Medicine for 12 years before transitioning to her full-time role within the company.

While at the University of Kentucky, he joined a co-ed community service fraternity Alpha Phi Omega. To help with chapter operations, he built a membership management website that caught the eyes of chapters across the country thus he began selling it as a subscription service. With a new love for business, Tony went on to graduate with a Master's in engineering management from Case Western Reserve University before moving to Seattle for a career with Microsoft as a program manager for Dynamics CRM. He has recently returned to Kentucky to fully pursue his fraternity management software business: GreekTrack.

The Office of Technology Commercialization (OTC) in partnership with the UK Alumni Association and UK Philanthropy hosted the first annual UK Entrepreneur Showcase.

The program began with a keynote address from former UK President, Dr. Lee Todd Jr, who discussed his work as UK President and an entrepreneur. President Eli Capilouto spoke about the legacy Dr. Todd created and presented him with the first annual Office of Technology Commercialization’s Lee T. Todd Lifetime Achievement Award for Entrepreneurship